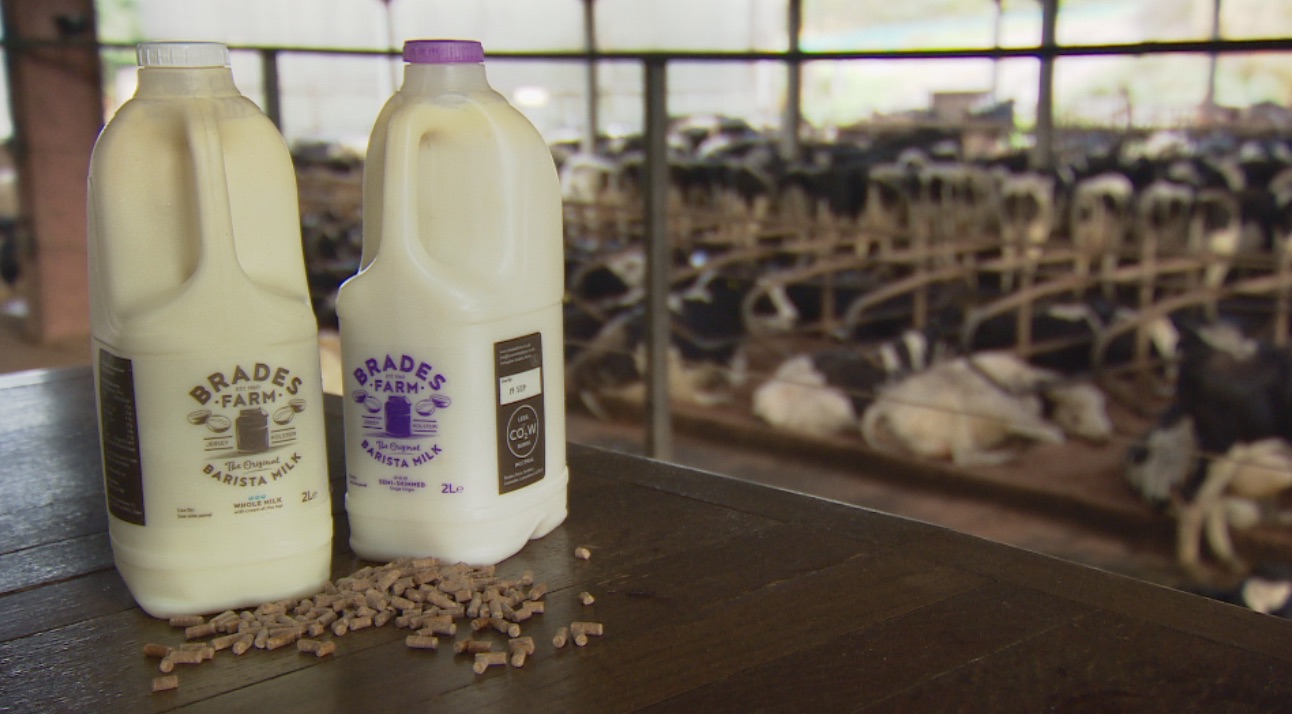 Is farming the villain or the hero? How North West farmers are reacting to the climate crisis

When it comes to climate debates, we're often told we should eat less meat and dairy.

That's because farming equates to about 10% of all the UK's greenhouse gases.

One of the biggest culprits is methane - a greenhouse gas even more potent than carbon dioxide, which is belched out by cows and sheep as they digest grass.

Cows are a great way to feed the world but they have this achilles heel that they produce methane which is more potent than carbon dioxide. So half of all our emissions from our farm are the burps and the farts that the cows are producing.

One farm near Lancaster is doing its bit to try and reduce its emissions by changing the diet of their cattle.

Brades Farm is the only commercial farm in the world trialling a supplement called Mootral - a garlic and citrus extract that is mixed with the cows normal feed.

It's harmless to the cows, but has been shown to dramatically reduce the amount of harmful methane that they burp out.

In fact, scientists say it has reduced the methane emissions from the cows on Brades Farm by 30%.

They had to use lasers and come to the farm quite frequently to measure methane levels. The scientists would analyse the data and found that there was a 30% reduction. A 30% reduction is a big chunk to have taken out, it is very promising

So on the surface this is a simple and fast way of cutting out dangerous greenhouse gas emissions.

But of course, feeding cows an additional supplement costs money, and scaling up the use of this supplement to farms across the globe will need some sort of incentive.

And that's where the idea of carbon credits comes in.

Businesses can buy these carbon credits to offset their own carbon footprint, and that money goes back to the farmers.

The carbon credits is a really important part of the economic jigsaw to be able to afford to feed this to the cows. As a normal farmer you're not incentivised to feed extra stuff for climate reasons, so if you can measure that reduction and then trade that reduction you can offset the cost of that feed

Addressing the huge amounts of carbon dioxide and nitrous oxide produced by agriculture will be key to mitigating the climate crisis.

But while farming does hold solutions, it is still seen by many as a climate villain.

Could the humble hedgerow be the answer to climate change?

Adam Briggs, Environment advisor for NFU in North West, says it's not that we should eat less meat and dairy, but that the industry should do more to reduce emissions and soak up carbon to make farms more environmentally friendly.

He added: "The debate around eating less meat and dairy is unhelpful. There are lots of opportunities for using land, that is not just for producing food, but sequestering carbon.

"In many areas of the North West there are no other options for managing land for food than growing grass and feeding sheep and cattle.

"It's not just a matter of we'll take that land which is being used to produce meat and dairy and use that to produce plant-based food. It just isn't practical."

The NFU say that farms vary enormously, so there’s no one size fits all solution - each farm needs to tailor its own approach.

If UK farmers produce less meat and dairy there is a danger that we’d just end up importing more, and effectively simply export the problem, and it could also impact on our food security in uncertain times.

Adam Briggs, NFU, continues: "Climate is changing and we all have a part to play in that and I think farmers do need to play their part.

"It makes economy sense, a lot of the actions that help tackle climate change also help add profitability to the bottom line.

"Also there are going to be economic opportunities around the climate agenda. Carbon will be a commodity so theres an opportunity for farmers to get paid for the carbon they sequester as well."

We're a source of carbon and greenhouse gas emissions but we're also a sink. So its flipping that, what other industry can claim to be a source and a sink? I'm really passionate about this, I'm getting really into this and I believe that farming has a really positive story to tell when people start talking about climate and global warming. We're very much part of the solution.

And as world leaders prepare to meet for COP 26, farming will be a key issue on the table.